Leader vs Manager: Set out to make a difference with your team 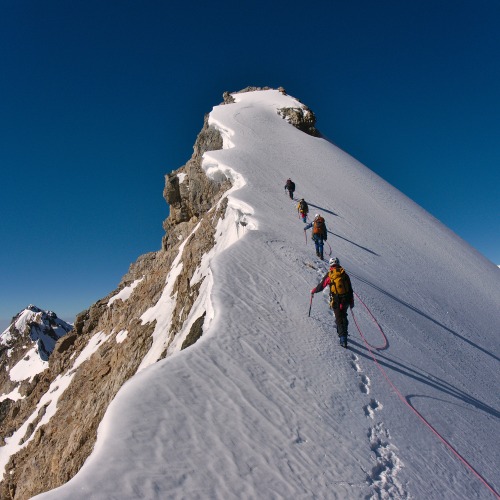 Leadership is the difference between success and failure—both personal and professional. However, it’s not about having a title or designation such as leader vs manager. It’s about impact, influence, and inspiration. The quality of a leader is reflected in the standards they set for themselves.

Be ruled by the hope of success, not the fear of failure

Are you consistently doing what it takes to “win” versus simply “not lose”? It’s a completely different mindset, leading to vastly different outcomes. Great leaders are shattering the norm, changing the game, and doing things that have never been done in an effort to propel their team to the next level. They’re courageous, not only in terms of innovation, but in terms of perseverance.

Offer a tow line, but most importantly, take one

Leave your ego at the start line—but not your confidence. Over the long haul, leader or not, we’re all going to be the strongest link—and a weaker link on our team. All of us will happily offer our strength to our teammates when they need it, but how many of us are also offering our weaknesses to the team?

You need to “suffer equally.” You’ll get farther, faster if you do. You haven’t used all of your strength as a leader until you’ve asked for and accepted help from our teammates. Think about accepting help is a gift to the helper. People are thrilled when they have a chance to help you. You create a connection and a bond every time you do. Asking and accepting help is one of your strongest team-creating tools as a leader.

We’re all conditioned from a young age to see winning as something mutually exclusive, as in “For me to win, you must lose.” What if you decided to instead see a world full of potential teammates instead of a world full of competitors when you left the house every morning? Great leaders understand that in the quest to become the best of the best, Nobody Wins Alone.

A leader is best when people barely know they exist. When the work is done, people will say: Look what we accomplished!

The more difficult the challenge, the more critical the team. “We Thinking” leaders capitalize on their strengths and outsource their weaknesses, consistently building and inspiring a team that’s able to connect to one another for mutual gain, whether for a moment, for a project or for lifetime. And they happily share that space at the top of the podium with the people that got them there.

We’re not always going to feel warm and mushy about one another. We’re human! But it’s important to remember to not let emotion effect locomotion. No matter how you feel, you’re never allowed a day off from being the leader or teammate that people need and expect you to be.

Put your teammates on your shoulders

When you have the label of “leader” you might assume that you need to get out in front and show people the way. And that’s occasionally part of the job. But leaders allow for leadership among team members based on their strengths and not their titles. They “manage” their team, but allow for different leaders to emerge. And they’re always focused on helping their team inspire and amaze themselves.