Are you making this mistake with your team?

As a leader, you must make sure that roles and responsibilities are clearly defined for your team.

No matter how smart, talented, driven, or passionate you are, your success as an entrepreneur or small business owner depends on your ability to build and inspire a team. A successful leader is one who can spur his or her team members to work well together toward a common vision and goals.

Often, the biggest reason teams fail is because there’s a lack of leadership in creating the environment for team success. That environment is created by making sure each team member understands their individual roles and responsibilities.

Taking on the roles 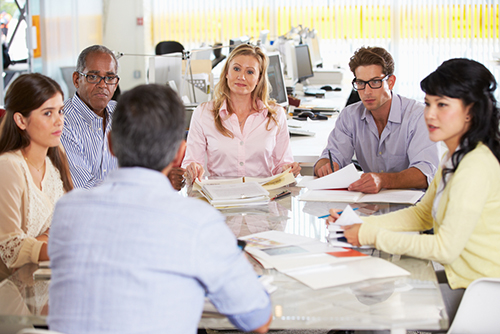 Having clearly defined roles from the beginning can make the difference between having a long-lasting, successful team where everyone feels like they’re a partner—and a weak team, where everyone is out for themselves. Roles need to be defined so one person doesn’t feel like they are doing more work than another on the team.

For example, let’s say you own a professional football team. You fill the roster with world-class quarterbacks. In the end, you’d still lose every game—because a winning team needs more skills, strengths, and diversity in order to win.

Every team member has a role—a specific job, a set of responsibilities to fulfill; and if they don’t fulfill them, the entire team suffers.

A real estate team might consist of a listing coordinator, a transaction coordinator, a general administrative person, an office manager or team leader, one or two listing agents, and one or two buyer’s agents.

There is no one-size-fits-all when it comes to creating the perfectly-sized team. The size depends on the goals of the owner who wants to create the team in the first place.

Each role is filled, what could possibly go wrong?

It’s best if every role’s responsibility is in writing. Exactly what is expected, and how success will be measured. This written document should be reviewed (several times is best) with each team member.

Stephen R. Covey wrote, “The cause of almost all relationship difficulties is rooted in conflicting or ambiguous expectations around roles and goals… Many expectations are implicit. They haven’t been explicitly stated or announced, but people nevertheless bring them to a particular situation.

“That’s why it’s so important whenever you come into a new situation to get all the expectations out on the table. People will begin to judge each other through those expectations… Clarifying expectations sometimes takes a great deal of courage. It seems easier to act as though differences don’t exist and hope things will work out than it is to face the differences and work together to arrive at a mutually agreeable set of expectations.”

Tammy Erickson, writing for the Harvard Business Review, states, “Collaboration improves when the roles of individual team members are clearly defined and well understood—in fact, when individuals feel their role is bounded in ways that allow them to do a significant portion of their work independently. Without such clarity, team members are likely to waste energy negotiating roles or protecting turf, rather than focusing on the task.”