Why SMART goals separate high achievers from the rest of us

If you’re not using a SMART goals foundation when you set a goal, you’re setting yourself up for failure. Guaranteed. There’s a world of difference between setting a goal and achieving a goal.

This year, 92 percent of us won’t achieve our goals. If you’re serious about goal setting, here’s what the high achievers know that you may not.

No weight loss. No better job. No higher education. All of that was hoped for—none of it happened. Why? Because there’s a big difference between setting goals and achieving goals.

Wait. What? How can that be? Isn’t he like the godfather of goal setting, the 7 Habits, and all that personal productivity stuff? True…

But remember, the 7 Habits are of Highly Effective People—and highly effective people don’t set goals UNLESS they have a plan to achieve them.

In fact, what Covey went on to say is, “Stop setting goals. Goals are pure fantasy unless you have a specific plan to achieve them.”

So, you can’t just set a goal. If you dig a little deeper, achieving goals is a foundational thing. That’s the secret of the high achievers: They know that success is based on first setting the goal on a solid SMART foundation. I’ll explain in just a second…

You need a better foundation.

Many years ago, there was a growing suburb of a metro area in the Midwest. The dream of living in a safe and quiet neighborhood caught the attention of thousands of potential homeowners.

A house builder was anxious to take advantage of this trend and started building three new model homes on newly cleared lots.

But, just as the walls started going up on the third house, something horrible started to happen!

Cracks were appearing at the corners of the first house. Soon the picture window shattered and some of the bedroom windows fell out. The brick accents were cracking. The siding was falling off.

Then to make matters worse, the same problems started to appear in the second house.

Then a crushing observation was made—the builder, in his rush to get house orders had built the model homes without foundations. He had hoped that people wouldn’t notice, but the houses themselves told the story.

Foundations matter in building AND in goal setting. Goal setting is just wishing unless the goal has a SMART foundation.

What is a SMART foundation?

SMART is the firm foundation that supports all your time and energy and enables you to build toward achieving your goal. Frankly, if you build on a solid SMART foundation, there’s really only one outcome: you’ll accomplish your goal! 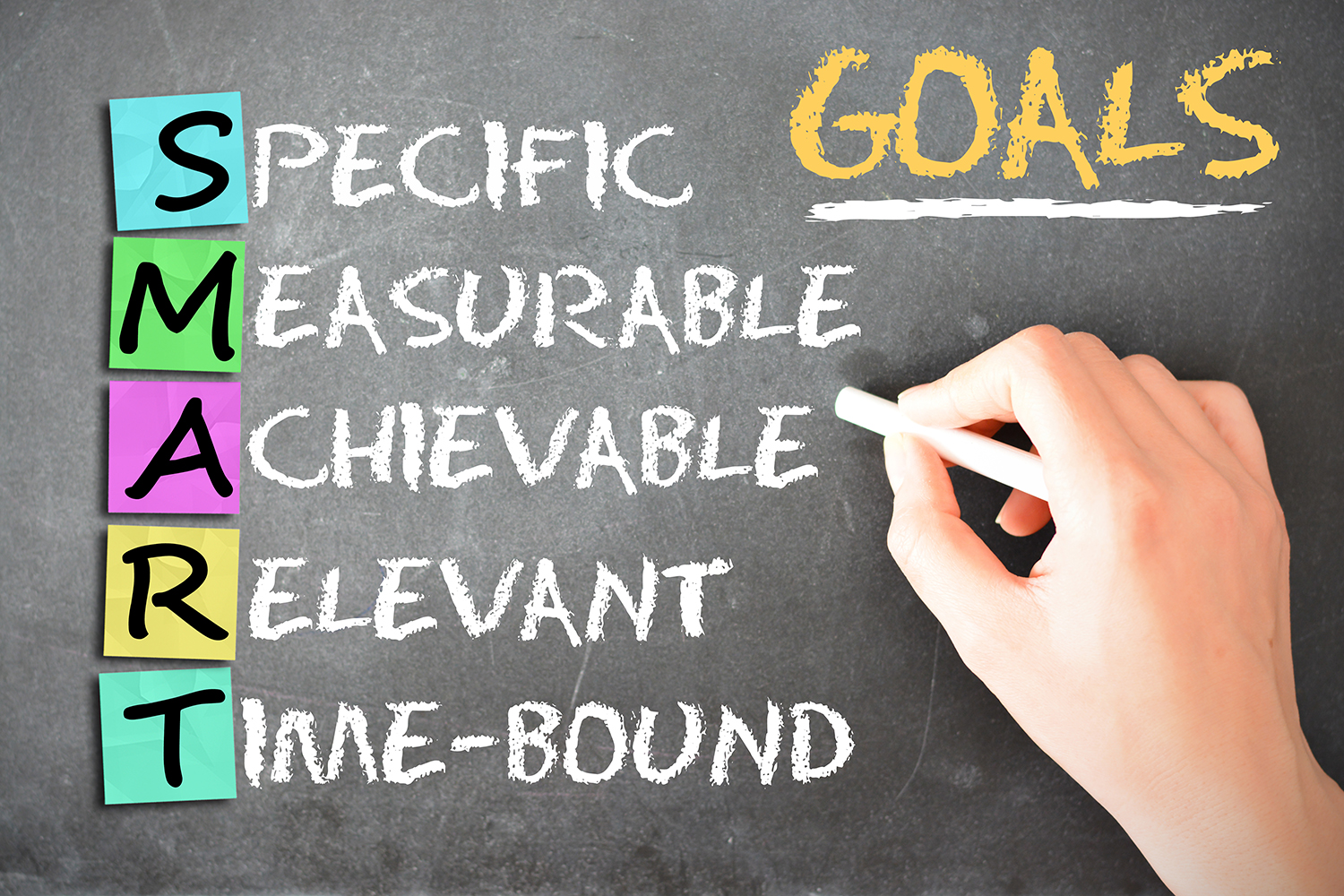 What does SMART mean?

SMART is an acronym that you use to set a goal up for success. To make sure your goals are clear and reachable, each one should be:

SMART is a well-established tool that you can use to plan and achieve your goals. It’s all about creating a foundation that will naturally bring about goal achievement. When you use a SMART foundation, you can create clear, attainable, and meaningful goals, and develop the motivation, action plan, and support needed to achieve them.

How do you set and achieve SMART goals?